Why teens act the way they do 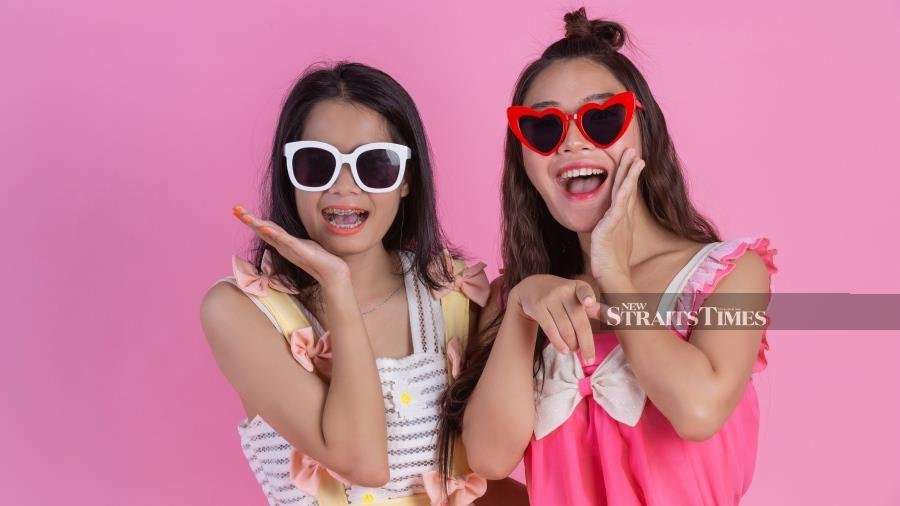 A doctor uses his medical insight to get teachers to see teenagers in a different light, writes Aznim Ruhana Md Yusup.

MOST people equate paediatricians with treating children but the age range for paediatric care is actually up to 18. But treating a 15-year-old patient requires a different approach compared to a 5-year-old.

Dr Thiyagar Nadarajaw credits his fellowship at the Royal Children’s Hospital in Melbourne, Australia in adolescent health in 2006 for helping him see this.

“Teenage patients, especially ones with chronic diseases from a young age, can start to question their illness. They may rebel and refuse to take medication. They feel different from their peers and they don’t like it,” says the head of paediatrics at Sultanah Bahiyah Hospital in Alor Star, Kedah.

“Understanding how teenage brains develop helps me navigate these issues. We explore their feelings about the disease, how it has impacted their lives and what we can do about it. My patients respond well to this approach.”

Outside of his hospital duties, Dr Thiyagar, who is a committee member of the Malaysian Paediatric Association, talks to secondary school teachers in hopes that they would also start to see and treat their students differently.

“Needless to say, teachers play an important role in their students’ lives. But most of the time they are busy with academic duties. Schools often pay more attention to top-performing students than weaker ones, when it should be the opposite,” he says.

Adults who have conveniently forgotten what they were like as teens, often complain about “kids nowadays”.

Teens are seen as rash and give no thought to the consequences of their actions. They are often too curious for their own good. They are rebellious thrill-seekers whose mood changes without notice. They get emotional but then lack the ability to articulate their thoughts or communicate effectively.

“Historical records show that society has been complaining about teenagers for at least 2,000 years,” says Dr Thiyagar.

But it’s not the fault of society or a particular generation but the way teenage brains develop, both biologically and psychosocially, he adds.

Unlike adult brains, a teenager’s brain is still developing its prefrontal cortex that controls rational thinking, decision-making and awareness of long-term consequences. This goes on until they’re about 25. In the meantime, their thoughts are processed by the amygdala, the emotional part of the brain.

“The teenage brain is naturally activated for fun,” says Dr Thiyagar. “But fun activities are often risky, which they undertake anyway due to poor judgement and lower inhibition.”

It’s easy for parents and authority figures to see these traits and use them to justify a strict regime or not trusting them on important matters. The other end of the spectrum is a lackadaisical attitude with no supervision over the teen, believing they will misbehave anyway.

But just because the rational part of the teen’s brain is still developing doesn’t mean they can’t be reasoned with. In fact, it is the adult’s role to make a compelling case.

A lot of good can be achieved by rationally satisfying teenagers’ curiosity, supporting their emotional rollercoaster and providing a safe space for their fun-seeking behaviour.

It also helps give them room to be independent and reasonable leeway for their misbehaviour, says Dr Thiyagar.

Dr Thiyagar adds that teens are wired to seek attention so it’s important they feel wanted and connected. This is not just with their parents but other key adults in their life such as teachers and people in the community, as it helps nurture their sense of belonging.

“I often hear from teachers that students don’t respond the way they expect them to, and this offends them. But the school system makes teenagers feel like children when they want to be recognised as equals and individuals,” he says.

He believes it’s up to teachers to take the lead and start frank, non-combative conversations with students, especially the troubled ones. With the right guidance and attention, students can go on to become productive members of society.

“The naughtiest students are often the ones with the most problems. But they rarely create their own problems nor is it caused by their peers. It’s the adults in their lives that force them into such issues,” he says.

“So it makes a big difference to have a teacher who sees them as an individual, who takes the time to chat and understand what is going on. This helps them grow to become mentally stable adults, because the root of adult mental health issues can form at this stage.”

The concern is that neglected teens may attract the attention of irresponsible adults, who lead them towards risky behaviour or criminal activity. The lack of guidance and role models can also contribute to these habits.

This is noted in the National Health and Morbidity Survey 2017 that focused on adolescent health. One of the chapters is on protective factors. These are individual or environmental characteristics, conditions or behaviours that reduce the effects of stressful life events.

In the context of this survey of students from Form 1 to Form 5, protective factors include parental attachment, peer support and their connection to school. Truancy is taken as the initial indicator for future transgressions such as violence, tobacco use, drug abuse and risky sexual behaviour.

It found that nearly 30 per cent of students in Malaysia had skipped at least one day of school in the last 30 days. Male students had a higher prevalence for truancy than female students, as did students in rural schools compared to their urban counterparts.

Meanwhile, only a third of students say they feel connected to their parents, who understand their problems. Less than half reported that their parents knew what they were up to in their free time.

Even though there is no significant change in the prevalance of truancy compared to a similar survey in 2015, the figures on parental attachment are lower than previously. The survey concludes that this “might contribute to the exposure of various mischievous behaviours among the students.”