Why 14 days’ quarantine is necessary for Covid-19

QUARANTINE or isolation: What is the difference? Isolation keeps an infected person with the virus away from others until he tests negative and is no longer infectious. Quarantine keeps someone who might have been exposed to the virus away from others for a sufficiently long period during which he may develop symptoms or until his repeat tests show he is not infected.

In Malaysia, anyone with a positive RT-PCR or Rapid Antigen test for SARSCoV2 is immediately isolated in designated hospitals, whether or not they have symptoms.

All the close contacts will be tested and required to home quarantine for daily surveillance for 14 days. For Covid-19, a close contact is defined as anyone who was within six feet of an infected person for at least 15 minutes starting from two days before illness onset or, for asymptomatic cases, two days prior to positive specimen collection.

Covid-19 is a public health (and all governments’) nightmare because:

1. The incubation period is long, three to 14 days (compared to one to four days for flu). This means that after SARSCoV2 has invaded a person via his mouth, nose, or eyes, the first symptoms will only appear (in most cases) around four to five days after exposure – 97.5 per cent of those infected who develop symptoms will do so within 11.5 days.

3. The infectious period begins around two days before the onset of symptoms and persists for seven to 10 days after symptom onset. This means that an infected person is able to spread the virus to others, two to three days before he starts feeling sick. By the time he shows symptoms, the spread to others would have already occurred. Estimates for the proportion of pre-symptomatic transmission is 48 per cent in Singapore and 62 per cent in Tianjin.

4. Emerging research suggests that people may actually be more likely to spread the virus to others during the 48 hours before they start to experience symptoms. This strengthens the case for face masks, physical distancing, contact tracing, and quarantine. All of which can help reduce the risk that someone who is infected but not yet experiencing symptoms may unknowingly infect others.

5. Asymptomatic cases: At least 25 per cent of adults and 27 to 29 per cent of child Covid-19 cases do not have symptoms at all throughout the course of infection. When highlighting the latest Covid-19 developments on Sept 11 Anthony Fauci (director of the National Institute of Allergy and Infectious Diseases, USA and member of White House Coronavirus Task Force), “It is now clear that about 40 to 45 per cent of infections are asymptomatic.”

Not much is fully known about the actual infectivity of asymptomatic cases. The first published report on the American Medical Association’s Jama Network described a familial cluster of five patients with Covid-19 in China in January 2020. Before their symptom onset, they had contact with an asymptomatic family member who had travelled from Wuhan. The sequence of events suggests the coronavirus may have been transmitted by the asymptomatic carrier.

A retrospective study (published on Aug 6) of 303 patients with SARS-CoV-2 infection isolated in a community treatment centre in Korea showed that the viral load was similar in both the asymptomatic and symptomatic cases – 110 (36.3 per cent) were asymptomatic at the time of isolation and 21 of these subsequently developed symptoms during isolation (pre-symptomatic). The researchers recommend that the isolation of persons who test positive should be enforced regardless of symptoms.

6. The serial interval between successive cases in a chain of transmission is about four to 5.2 days. When administrative and laboratory turnaround time for tests are backlogged and longer than this, the unidentified infected persons would have unknowingly passed the virus to the next generation of cases. This happened in the early weeks of our outbreak when tests were limited and only symptomatic people were tested.

This is why contact tracing must be prompt and comprehensive with strict quarantine of those potentially exposed. Quarantine of international travellers with high prevalence and the prompt isolation of infected persons are crucial to lock down the virus. Do cooperate with the contact tracing apps and fill contact details clearly so that the health inspectors can trace and inform potentially exposed contacts quickly for testing.

7. Tests sensitivity and specificity: False negative tests give suspects a false sense that all is well, which may be the reason why dodgers think it is okay to break the quarantine. The 72-year-old lady with the pink bracelet and the Sivanangga super-spreader had both been tested negative (Rapid Antigen test) at KLIA when they returned to Malaysia. A few days later, both tested positive.

On July 8, the Sarawak Disaster Management Committee reported that five Covid-19 patients – including a man who did not display symptoms – tested positive on the gold-standard RT-PCR test upon landing in Sarawak, despite earlier testing negative with the antigen Rapid Test Kit (RTK) at the Kuala Lumpur International Airport (KLIA) while on transit from overseas.

On July 10, the director general said the Ministry of Health is reviewing the use of RTK at airports, after five people with Covid-19 were “wrongly tested negative for coronavirus”.

He said the specificity of the antigen RTK used at the airports was 100 per cent, but the test’s sensitivity was only 85 per cent.

These are called false negative cases, because these cases actually have the virus and are infectious, but the RTK test is unable to identify them.

Rapid Antigen testing does not involve any process of amplifying the virus or its genetic material, unlike the RT-PCR. A swab sample may have too little antigen to be detectable by the RTK test. This will produce a false negative result. As a precaution, a negative RTK test should be followed up by the more accurate RT-PCR test, to confirm that the case is a true negative for Covid-19.

Antigen testing is useful in certain situations (such as in large detention centres or large communities during outbreak), because even though it is less sensitive, it is rapid (15 to 20 minutes). The results that are positive will be positive cases who can be immediately isolated.

Someone who is infected but gets a false-negative on rapid antigen test is likely to be caught the next time they are tested. For a test that misses 20 per cent of positive cases, the chance of an infected person getting two false negatives with tests repeated soon after, will be a lot lower.

8. Timing of tests affects their accuracy. During the first four days of infection, even the gold standard RT-PCR may miss infected cases, 100 per cent on the first day and up to 67 per cent on day four. The test is most sensitive on days five to eight.

The test’s sensitivity is also affected by technique and place of collection, time of onset of symptoms, as well as storage and transportation of the sample to the location of the examination. The quality of the tests and reagents used and that of the laboratory performing the tests may also need to be factored in.

9. Thermometer-based screening was used during the SARS and Ebola epidemics. Unfortunately, temperature checks may miss a lot of Covid-19 cases because an estimated 40 to 45 per cent of people with Covid-19 show no symptoms at all.

Shut down for Covid-19

While Ebola and SARS are more deadly infections, they do not spread as easily as Covid-19. Most infected Ebola or SARS cases do not spread it before they have symptoms. Once infected people got sick, they would stay home or were hospitalised, making it harder for them to spread the virus around.

These viruses also require much closer contact to spread eg between family members or healthcare workers and patients.

“By and large, except for a couple of mass transmission events, almost all of the transmission of SARS was within the healthcare setting, when you have an aerosol-generating event like intubating someone or dialysis,” said Stephen Morse, an infectious disease epidemiologist at Columbia University’s Mailman School of Public Health.

“So basically, you could control SARS by improving infection control and prevention in the hospitals.”

This differs significantly from Covid-19, which can be spread by people without symptoms (whether those people go on to develop symptoms eventually, or are entirely asymptomatic throughout their infection).

It also spreads easily from person to person. People who do not know they are infectious could still be out and about, and their social interactions are enough to spread the virus to other people.

This is why social distancing has become such a crucial part of our strategy to combat the virus’s spread.

Isolation of Covid-19 positive cases, quarantine of contacts and persons under investigation, and lockdowns of communities where there have been too many cases are merely extreme measures of mandated social distancing.

Dear Elected Members of Parliament and The Malaysian Government
July 3, 2021 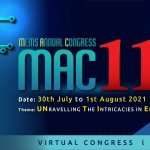 Difficult to Control Asthma in Children