The vaccine for whooping cough doesnʼt work as well as it used to, and new research suggests itʼs largely because the bacteria behind the disease has mutated.

Researchers at the Centers for Disease Control and Prevention analyzed lab samples from patients with whooping cough between 2000 and 2013 and found Bordetella pertussis, which causes whooping cough, has gone through genetic changes over time.

That means the current vaccine is not a perfect match to the bacteria. Researchers hope the new data published Wednesday in the journal “Emerging Infectious Diseases” will help change that.

“The genomic data we provide will aid open research toward improved vaccine development and disease control strategies,” the CDC authors wrote in their report.

“Weʼre making the best use of the vaccine, while weʼre frantically doing research to make a better one,” said Schaffner. But a new vaccine for whooping cough is nowhere near ready, he said.

How contagious is whooping cough?

Anyone can get whooping cough, but newborns are most vulnerable. Babies and children currently receive a vaccine called DTaP. Itʼs a shot that helps protect against three diseases: pertussis, diphtheria and tetanus. Studies have shown the vaccine is safe and works very well against diphtheria and tetanus, protecting nearly everyone who gets it for a decade.

But the DTaP is less effective in preventing whooping cough. Nearly all children who receive all five recommended doses are protected for one year. After that, immunity wanes. Five years after the last dose, the CDC says the DTaP protects only about 70 percent of children from pertussis.

The CDC recommends booster shots for preteens, teenagers and adults every 10 years.

Babies are not eligible for the DTaP vaccine until theyʼre 2 months old. The CDC advises women to get a booster shot with every pregnancy so babies are born with some protection against whooping cough until theyʼre old enough to get the vaccine themselves.

“The most protective thing you can do is have a pregnant mom get the vaccine. It is the number one way to protect the baby,” said pediatrician Dr. Wendy Sue Swanson, Seattle Childrenʼs Hospital.

Paradoxically, many babies with whooping cough may not cough at all. They may simply stop breathing, leading to dangerous and lifethreatening situations.

About half of babies under age 1 with pertussis are hospitalized, often because they have trouble breathing, according to the CDC. Of those hospitalized, a quarter develop pneumonia. One out of 100 will die.

The new report comes amid ongoing outbreaks of another infectious disease: measles. The CDC has confirmed 228 cases of measles since the beginning of 2019, with infections in 12 states. The measles virus has spread quickly in communities with people who have not received the measles vaccine, called MMR.

Pertussis is no ordinary cough. The intense hacking associated with the infection inspired its two nicknames: “cough of 100 days” for its propensity to linger for weeks, and “whooping cough” for the sound of patients urgently gasping for air after violent coughing fits.

The episodes can be so severe that patients are unable to eat or sleep normally. Some patients have broken their ribs while coughing. Schaffner said he once treated an adult with pertussis who was injured after blacking out and falling during a particularly severe coughing jag.

How is whooping cough spread?

Whooping cough is extremely contagious. The disease spreads through coughing, sneezing or simply spending time in very close contact with another person.

Pediatricians say whooping cough often starts as a typical cold with a runny nose. The cough may not develop until several weeks later.

“Whooping cough is insidious,” said Swanson. “You donʼt know you have it right away.”

She says parents may not take children to a doctor until theyʼre coughing so hard that theyʼre vomiting, which means the child may have been unknowingly spreading the disease for several weeks.

“If you have whooping cough, you should not be around others, particularly pregnant women and infants,” said Swanson.

Erika Edwards is the medical news producer and reporter for NBC News Channel, based in Charlotte, North Carolina.

Covid-19 is no worse in immunocompromised children, says NICE
May 25, 2020

Postponement of APPES 2020 held in conjunction with the 42nd Annual Congress of the Malaysian Paediatric Association
May 25, 2020 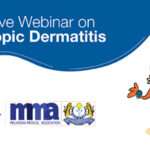 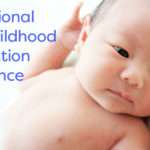 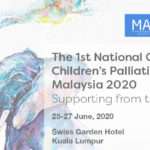