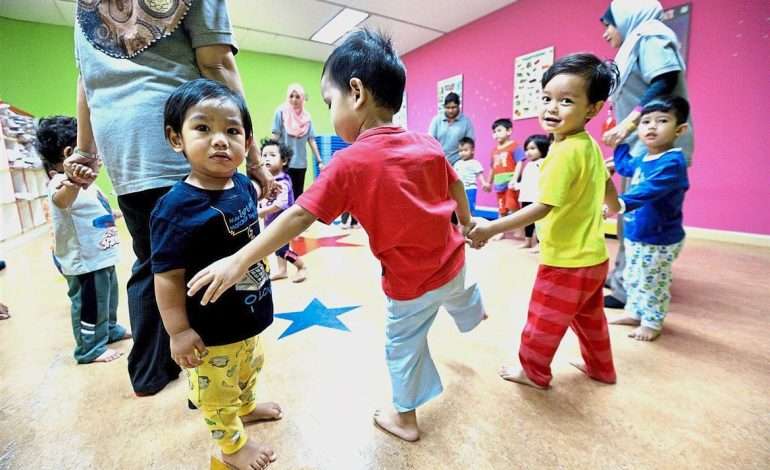 It starts out with the fever and chills. There may be some coughing and chest pain, possibly also difficulty in breathing. As a parent, you are naturally really anxious and worried about your sick child, but you probably think it’s just the flu.

More likely than not, your family doctor will come to a similar conclusion and prescribe the typical regimen of flu medications, possibly with a course of antibiotics, just to be safe.

But then things go rapidly downhill, your child becomes increasingly less active and less responsive; refuses to feed and starts throwing up instead; or has a rapid heartbeat and clammy skin.

You’re probably decided by this point that your child needs to be admitted to the hospital, but the truth is, a small number of children who are stricken with this disease don’t make it out alive, and others might suffer from serious health complications.

According to the World Health Organisation (WHO), an estimated one million children die of pneumococcal disease every year. It is the leading cause of vaccine-preventable deaths in children worldwide, causing around 11% of all deaths in children under the age of five, says consultant paediatrician and neonatologist Datuk Dr Musa Mohd Nordin.

BREAKING NEWS!
We fought for the inclusion of the pneumococcal conjugate vaccine (PCV)into the National Immunisation Program (NIP) since 2005. Inshallah we are nearly home & dry! It is in the Pakatan Harapan manifesto page 37!

For Malaysia, he says: “In the absence of direct data, it is estimated that the incidence rate of pneumococcal bacteraemia in Malaysia is at least 30 in 100,000 children less than five years old. This would lead to about 750 cases per year of invasive pneumococcal bacteraemia that may result in about 20 deaths each year (at about a 2% mortality rate).”

Pneumococcal disease is caused by the bacteria Streptococcus pneumoniae, which is known to colonise the upper respiratory tract – the nose, nasal cavity, paranasal sinuses and pharynx (located behind the mouth) – of about 20%-40% of healthy children and 5%-10% of healthy adults.

Says Dr Musa: “Pneumococcal disease is highly contagious. S. pneumoniae, commonly found in the nasopharynx of healthy infants and adults, can be transmitted from person to person via respiratory droplets expelled through coughing or sneezing.”

Not all who have the bacteria develop a disease; problems usually arise when the bacteria gets transported into other areas of the body and is not cleared quickly enough, or the person’s immune system is compromised.

The infection can develop rapidly, within one to three days, and delayed treatment can result in severe complications like hearing loss, paralysis, brain damage, and in the worst-case scenario, death.

While treatment of pneumococcal diseases is with common antibiotics, around one out of three cases are resistant to one or more of these antibiotics, according to the US Centers for Disease Control and Prevention (CDC).

However, this problem can be circumvented by preventing the disease in the first place through the use of available vaccines.

Explains Dr Musa: “There are more than 90 known pneumococcal serotypes or strains, with 13 common ones that cause 80%-92% of invasive diseases in young children all over the world. Pneumococcal vaccination is one of the best ways of preventing invasive pneumococcal diseases.

“The first pneumococcal conjugate vaccine (PCV) was licensed in the United States in 2000, protecting against seven pneumococcal strains. The presently-available PCV is able to protect against 13 important serotypes of S. pneumoniae. Studies have shown the vaccine to be safe and effective.”

S. pneumoniae is a common inhabitant of our upper respiratory tracts and only becomes dangerous when it spreads to other parts of the body. Photo: PP

He notes that children below the age of two are at the highest risk of being infected with the bacteria. “This risk is especially higher if the child is enrolled in a daycare centre or nursery where the infection passes from one child to another via air droplets from sneezing or coughing,” he says.

Dr Musa believes that vaccinating against S. pneumoniae is a “pivotal life-saving strategy” that will reduce the number of sick days for a child and leave days for the parents who have to take care of the child, as:

• It prevents children from being infected in a vast majority of cases.

• It eradicates the pneumococcus bacteria from the upper respiratory tract, thus reducing the transmission of the bacteria in the community. This provides herd immunity by indirectly protecting other members of the community.

• It reduces the need for antibiotics, resulting in lower rates of antibiotic-resistant bacteria, a major growing healthcare problem.

The PCV-13 is approved and available in Malaysia for those aged two months and above, including adolescents and adults. (Elderly adults aged 65 and above are another group at risk of suffering from pneumococcal disease.)

Dr Musa: Pneumococcal vaccination not only prevents infection, it protect others in the community via herd immunity. Photo: MPA

However, it is not included in the National Immunisation Programme (NIP). Says Dr Musa: “Since the arrival of the vaccine in Malaysia in October 2005, only 10% of our newborn babies have been vaccinated against the pneumococcus bacteria and all of them are in the private health sector.

“This vaccine is not available to the 70%-80% of newborns who receive their scheduled immunisations from government health centres. The Health Ministry agrees that this is an important vaccine and should be seriously considered for inclusion in our NIP.”

In fact, the WHO, in its latest position paper on pneumococcal vaccines published in 2012, recommends that “inclusion of PCVs be given priority in childhood immunisation programmes worldwide, especially in countries with under-five mortality of >50/1,000 live births”.

The organisation also noted that: “In many countries, routine use of pneumococcal conjugate vaccines has dramatically reduced the incidence of IPD (invasive pneumococcal disease), and in some places, IPD caused by vaccine serotypes has virtually disappeared, even in age groups not primarily targeted by the immunisation programme (herd immunity effect).”

Dr Musa notes that around 127 countries (65% worldwide) have incorporated the PCV in their NIPs, including Singapore, Macau, Hong Kong, Laos, Cambodia and the Philippines in Asia.

As a founding member of the Asian Strategic Alliance on the Prevention of Pneumococcal Disease, he shares that it was one particular case in 2004 that triggered him to champion immunisation against pneumococcal disease.

The patient was a five-month-old girl, who had had a fever for the past 36 hours, had vomited twice, was feeding poorly and was sleepy. Investigations found that she had S. pneumoniae in both her blood and cerebrospinal fluid, indicating she had meningitis.

She had to be ventilated in the intensive care unit (ICU) as she started having difficulties breathing. Within 10 hours of her admission, she was dead due to septicaemic shock.

Shares Dr Musa: “I was sad at the loss of a life from a disease that is preventable with a vaccine, and it made me determined to raise awareness of the PCV for the prevention of pneumococcal diseases, as well as to fight for its inclusion in the NIP.”

He adds that while the Health Ministry has acknowledged the importance of the PCV, the nation’s financial circumstances has precluded its inclusion in the NIP.