Pregnant? ‘But we only did it once’

PETALING JAYA: “We only did it once.”

That apparently is what most young girls would say when they found out they are pregnant.

“They are not aware of what they have done and they always tell us ‘we only did it once’, ” said Shahida Musa, the deinstitutionalise manager of OrphanCare, a not-for-profit foundation that helps young pregnant girls and unplanned newborns.

These girls, she said, would come to them as they were often stigmatised and were facing social problems.

“Some are even not aware that they are pregnant. It’s only after they have delivered the baby that the problems come. That’s when they wonder what to do next, ” she said.

OrphanCare provides institutionalised children and unplanned, at-risk newborn babies a chance to grow up in a family.

There have been 65 baby dumping cases as of May this year.

According to data from the Women, Family and Community Development Ministry, such cases have gradually increased since 2015 which recorded 111 cases.

Shahida lamented that the partner of the girl concerned would often shrug off his responsibility.

“The guy is always not there, ” she said.

As for the pregnant girls, Shahida said they would come to OrphanCare “and we will advise them whether they want to stay with us or to stay with their parents”. 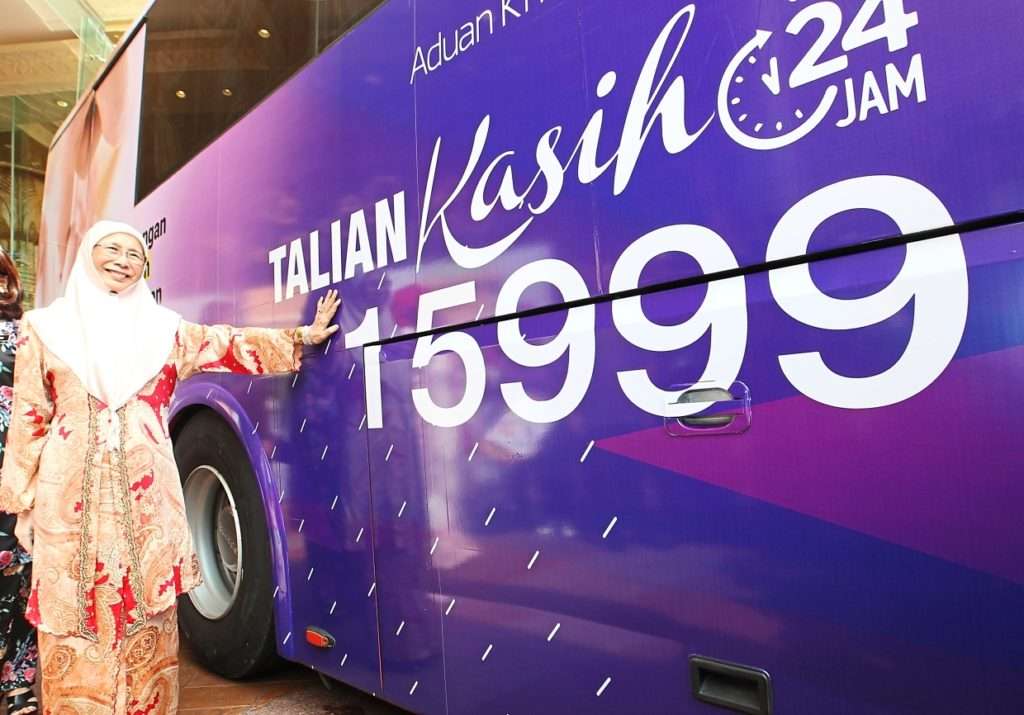 Call this number: Dr Wan Azizah at the launch of the “Save A Life” programme to prevent baby dumping in Petaling Jaya.

“We always encourage them to look after the baby. But unless they really can’t do it, then we will come in, ” she said at the launch of a prevention of baby dumping programme “Save A Life” here yesterday.

Shahida said OrphanCare had managed to save 369 babies since 2010. Out of that figure, 221 babies have been adopted.

“I do not think there are more people dumping babies. I would say that they are more aware on what to do next. They do not leave the babies by the road or in toilets, ” she added.

Deputy Prime Minister Datuk Seri Dr Wan Azizah Wan Ismail said from 2010 to May this year, there were 1, 010 recorded cases of baby dumping.

Out of those cases, 64% of the babies were found dead, she said.

“We do not want this trend to keep increasing year after year, so it has to be prevented, ” she said.

She added that most of the baby dumping cases were due to out-of-wedlock pregnancies, lack of information on places (to leave the baby) and lack of public support.

Dr Wan Azizah also called on the partners of these women to take responsibility for their actions.

She said the government has also taken preventive measures such as advocacy strategies and prevention as well as awareness programmes for young people to know about their reproductive health.

“One of our agencies, the National Population and Family Development Board, has implemented a Reproductive Health Education programme to cater to teenagers, ” she said, adding that the programme dealt with sexual behaviours among teenagers.

She said this was followed by 95 cases of infants found in rubbish bins.

“A total of 1, 305 people have applied to the Welfare Department to become adoptive parents.

“So, there are a lot of families who are waiting to adopt and they are willing to raise these children.

“We are pleading with people to not kill these babies by throwing them away. Call Talian Kasih at 15999 and we will help.

“We also have baby hatches around the country by OrphanCare and KPJ Hospitals, ” she said.

As part of the “Save A Life” campaign, Yeoh said there would be a 30-second awareness commercial that would be screened at all Tanjong Golden Village cinemas.