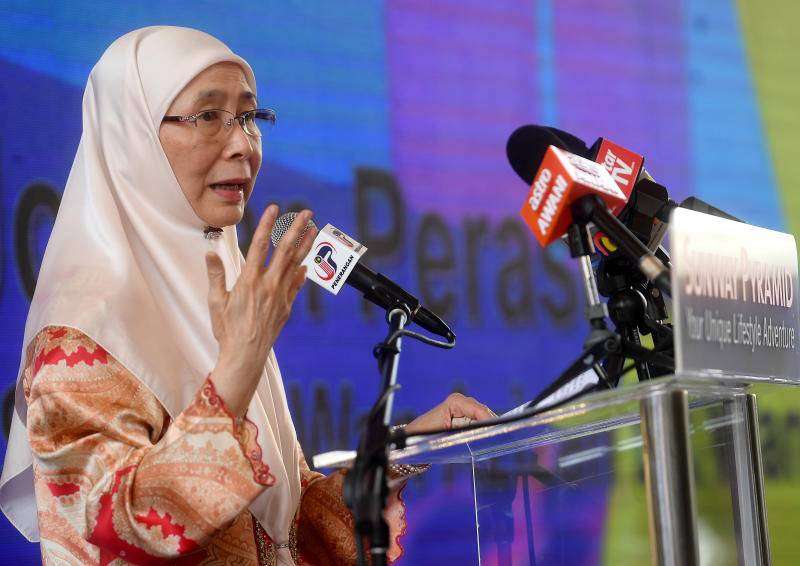 “We do not want this trend to keep increasing year after year, so it has to be prevented, ” she said during the launch of “Save A Life”, a baby dumping prevention campaign at Sunway Pyramid on Saturday (Aug 3).

She also called on the partners of such women to take responsibility for their action.

She said the government too had taken preventive measures such as advocacy strategies, prevention, as well as awareness programmes for young people on reproductive health.

“One of our agencies, the National Population and Family Development Board’s (LPPKN), have implemented a reproductive health education programme to cater to teenagers, ” she said.

Also at the launch was deputy minister Hannah Yeoh, who pointed out that from 2010 to May 2019, there were 292 cases where the babies were left near residential areas, while 115 babies were left in toilets.

She said this was followed by 95 cases where babies were found in rubbish bins.

“A total of 1, 305 people have applied to the Welfare Department to become adoptive parents, so there are a lot of families who are waiting to adopt.

“And they are willing to raise these children.

“We are pleading with people to not kill these babies by throwing them away. Call Talian Kasih, and we will help.

“We also have baby hatches around the country by OrphanCare and KPJ Hospitals, ” she said.

As part of the “Save A Life” campaign, Yeoh said there would be a 30-second anti-baby-dumping commercial that would be screened at Tanjong Golden Village cinemas.

Yeoh also called on those who needed help to call Talian Kasih at 15999.