Mental disorders among the young on the rise

Dr Thiyagar believes social skills training for both parents and children is essential.

THE prevalence of mental disorders among children in the country is worrying, say experts.

In fact, the 2019 National Health Morbidity Survey (NHMS) revealed that one in 20 children in Malaysia aged five to nine are estimated to have mental disorders including developmental disorders.

Consultant paediatrician and adolescent medicine specialist Dr N. Thiyagar said depression, anxiety and behavioural disorders were among the leading causes of illness and disability among children and teenagers.

Dr Thiyagar, who is also the Malaysian Paediatric Association executive committee member, said suicide was the fourth leading cause of death among those aged between 15 and 19, as reported by the World Health Organisation (WHO). 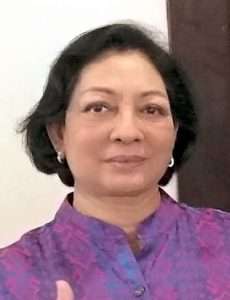 He said positive parenting, school inclusiveness and recognition of early warning signs of mental health issues were important factors that could help play a role in reducing mental disorders.

He added that social skills training for both parents and children in problem solving as well as interpersonal skills equipping were equally important.

Deputy Health Minister Datuk Dr Noor Azmi Ghazali had said that the NHMS found that one in eight adolescents, aged 10 to 19, had mental disorders.

NHMS also revealed that some 424,000 children in Malaysia had mental problems, but many did not come forward to seek help.

Consultant paediatrician and paediatric neurologist Dr Alex Khoo Peng Chuan said it was indeed alarming but not surprising as neuro-developmental disorders in children had long been overlooked as these disorders were not life threatening. 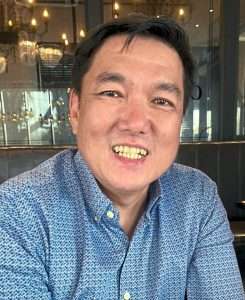 Dr Khoo says it is very important to get an accurate diagnosis to categorise the severity of the disorder.

Dr Khoo says it is very important to get an accurate diagnosis to categorise the severity of the disorder.However, he said for paediatricians, they recognised that many of these disorders had an iceberg phenomenon with many factors hidden under the surface.

“It is only with time that the eventual illness manifests, and when the disorder is diagnosed, the impact and impairment of quality of life that such disorders bring have already caused tremendous devastation, misery and suffering.

“From the viewpoint of a neurologist, such disorders have a number of overlaps. What starts off as epilepsy and even fever with poor response may unlock mental health disorders,” he added.

He said it was very important to get an accurate diagnosis to categorise the severity and formulate a treatment plan.

“Once a diagnosis is made, parents and family members have to consider medication. However, many have problems accepting the need for medication due to high level of stigma and shame.

“Thus, a sympathetic and empathetic approach with proper communication is essential as we bridge the knowledge gap,” he added.

Ipoh Family Wellness Club president P. Mangaleswary said it was true that there was not enough focus on children’s mental health.

She said many children underwent stress brought on by expectations from their parents and teachers.

Mangaleswary said besides that, children also had to handle problems of peer pressure and bullying.

“Thus, I hope the health and education ministries can look into the mentally challenging issues children face.

“They must formulate programmes to educate teachers, counsellors, parents, together with non-governmental organisations to help children handle their mental problems and get professional help if necessary.

“Our Family Wellness Club will be willing to help conduct such programmes for parents, as well as in schools, with the collaboration of relevant ministries,” she added.

Mental disorders among the young on the rise
September 25, 2022