HANDS UP FOR VACCINATION! 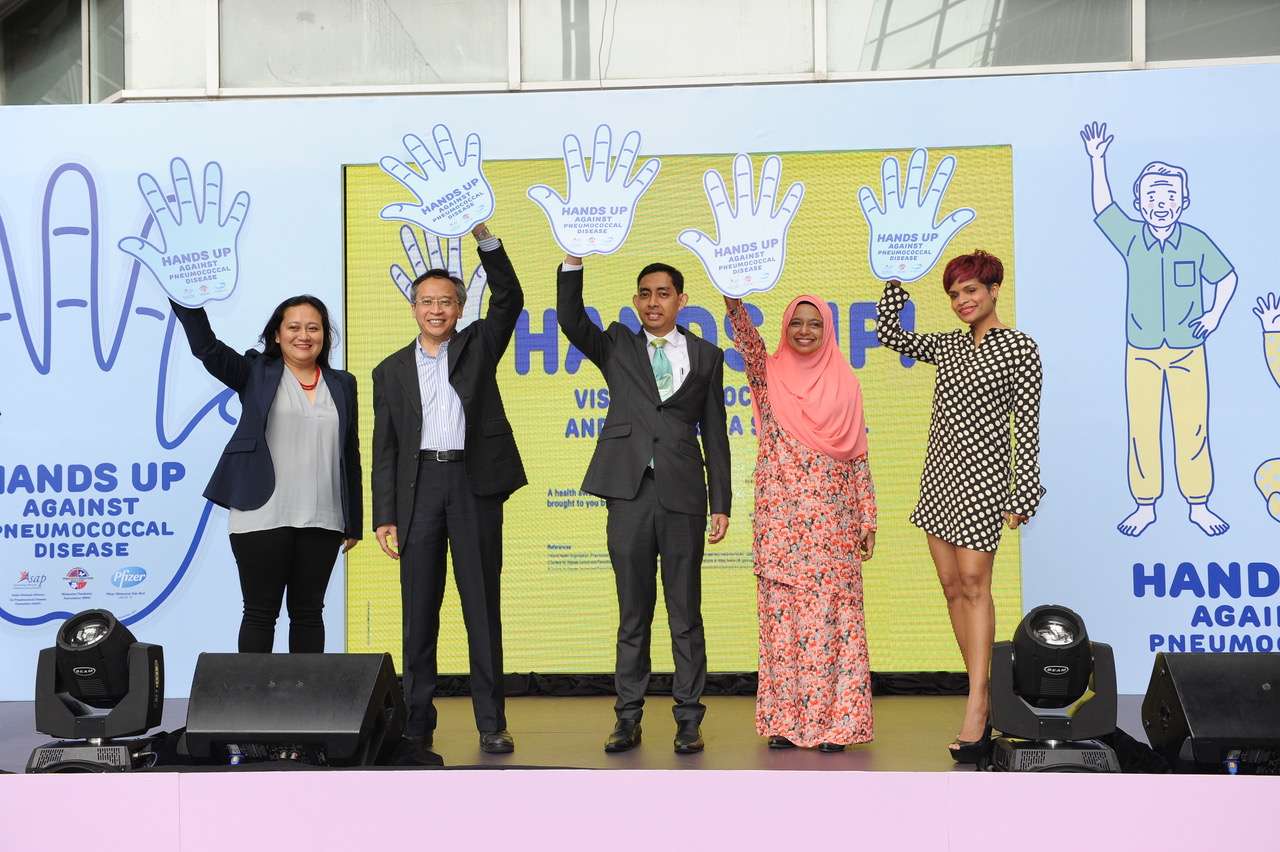 HANDS UP FOR VACCINATION!
A campaign advocating for protection against PnD

Pfizer Malaysia together with the Asian Strategic Alliance for Pneumococcal Disease Prevention (ASAP) and the Malaysian Paediatric Association (MPA) today launched an advococacy campaign to encourage Malaysians to put their Hands Up in support of pneumoccocal vaccination. Recognising the growing burden of pneumococcal disease (PnD) for Malaysians, Pfizer Malaysia created the Hands Up campaign with the aim of improving awareness on PnD and accelerating access to vaccination to all Malaysians through the National Immunisation Programme (NIP), regardless of income or class.

PnD is responsible for significant rates of morbidity and mortality especially in developing countries,and remains the number one vaccine-preventable death in the world[1] . A local study revealed that Malaysia is prone to a risk of an estimated 2,809 cases of pneumococcal meningitis annually[2] , and is the main cause of pneumonia, the second principal cause of death for all ethnic groups, and the highest recorded cause of death among females, in Malaysia[3] . Streptococcus Pneumoniae which causes PnD is transmissable from person-to-person, and if left unchecked it could put others at risk, especially children and adults in cancer treatment, those with severe non-communicable diseases, newborn babies and the elderly.

Associate Professor Dr Muhammad Yazid Jalaludin, President of MPA said, “We believe collaborative efforts such as this will further increase awareness on the prevalence of PnD among children, especially children under two-years old, and strongly encourage parents to be more proactive in protecting their children against PnD. Currently, only one in six babies are vaccinated against PnD since pneumococcal vaccine was first introduced in Malaysia in 2005, which highlights a potentially significant economical and social burden on the country. Supporting this campaign underscores our commitment towards becoming a nation working together for better health outlined in the Ministry of Health Strategic Plan 2016-2020.”

Based on a study by World Health Organization (WHO), PnD is common in children under two years,including newborn infants in developing countries whereby it has seen about 14.5 million episodes of serious PnD occurring, resulting in deaths in children aged 1-59 months[4] . A study found that with the absence of an infant routine immunisation program in Malaysia for PnD, it would be responsible for direct medical costs of US$3.1 billion (RM13 billion) and indirect costs of US$2.4 billion (RM10 billion) totaling over US$5.5 billion (RM22 billion) in societal costs[5] .

“We need to continue to create more conversation and urgency among parents for them to take preventive steps to protect their children from this dreadful vaccine-preventable disease. Campaigns like this will help cascade the message across to a larger group of parents in an engaging and effective manner for a better understanding on the social and economic burden of PnD in the country,” urged Dr. Yong Junina Fadzil, Consultant Paediatrician and Paediatric Cardiologist at Klinik Pakar Kanak-Kanak Junina. 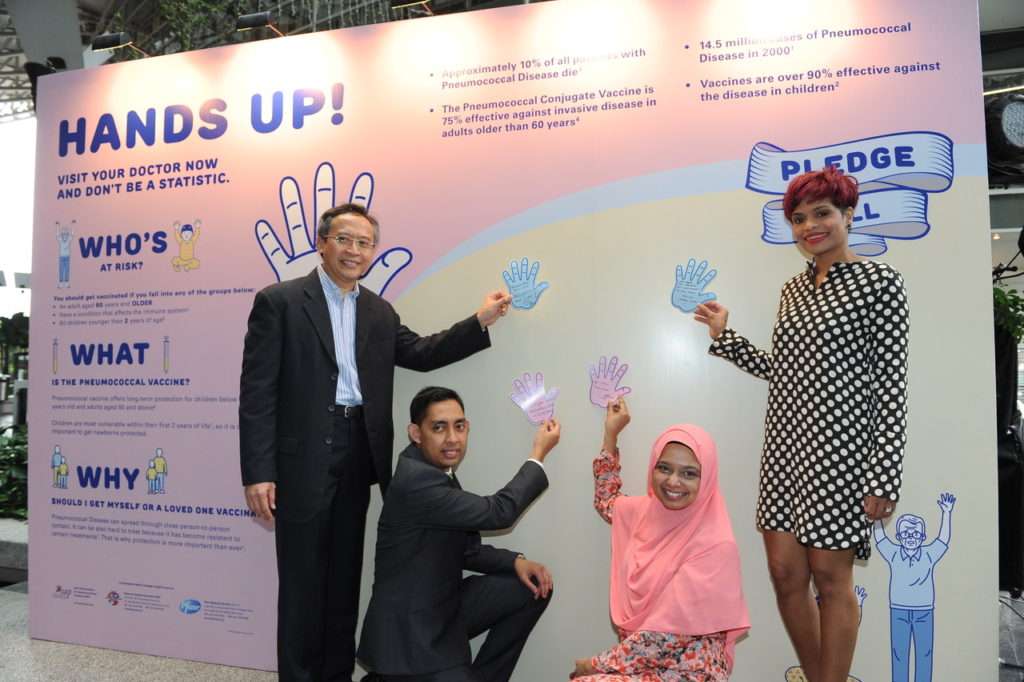 Datuk Dr Zulkifli Ismail, Chairperson of ASAP said: “The barriers limiting most Malaysian parents from vaccinating their child are the cost. Fifteen per cent of children in Malaysia are living in households with incomes less than twice the Poverly Line Income (PLI)[6]
As antibiotic resistance is rising to dangerously high levels in all parts of the world[7] , it is highly crucial now more than ever for Malaysia to strengthen its infection prevention and control measures to limit the spread of resistance, and improve the access of this basic healthcare need by including it in the NIP. To this day, more than 136 countries have included pneumococcal vaccination in their NIP, with Malaysia being 1 of the 54 countries yet to introduce PnD vaccine in their NIP schedule8. This largely puts the progress towards The Global Vaccine Action Plan, as endorsed by 194 member states at the World Health Assembly in 2012, off track.”

The most recent countries to include the vaccine in their NIP are India, Indonesia, Seychelles and Suriname. The fall out observed by the World Health Organization is that adoption of new vaccines by low- and middle-income countries – where disease burdens are often the highest – has been slower than when it was introduced in high-income countries the first round.

“Therefore, it is important that we continue the education, especially for the poverty-stricken and urban poor families in Malaysia. The Hands Up campaign succeeds Pfizer’s previous campaign, KidStrong, which was aimed at building awareness and educating expectant mothers and parents on PnD. The new campaign aims engage Malaysians and community leaders to advocate for protection against PnD and create a sense of urgency for the government to provide the millions of Malaysians who cannot afford to vaccinate their children. These on-going efforts will be reinforced by educational materials that will be placed around hospitals in Malaysia, educational sessions for the public in key hospitals, and vaccination drives for the underpriviledged communities across both Peninsula Malaysia and East Malaysia.

“Through the six-month long campaign, Pfizer Malaysia seeks to enhance the understanding of risks in PnD and emphasise the significance of prevention with vaccination for both children and adults should save families with the burden of future cost and hospitalization due to PnD infection. By raising our hands up, it signifies our vulnerability to this highly preventable disease, which is indirectly affecting those around us, especially those who we care about the most – our children and our parents. Today, for the first time, clinicians, advocates and parents come together under this movement to advocate for access to pneumococcal vaccination via the NIP. We are their voice, their advocate and their hope. As such, part of our campaign this year, we will be placing educational materials in both clinics and hospitals nationwide to serve as educational resources for more parents to educate themselves,” said Noor Yang Azwar Kamarudin, Director of Corporate Affairs, Pfizer Malaysia. 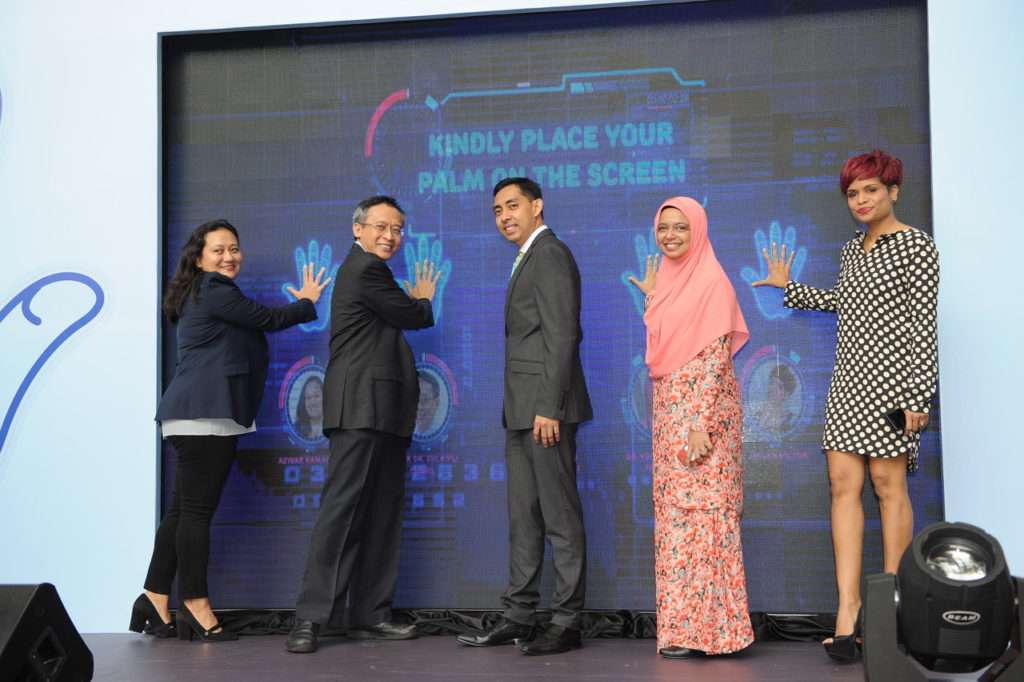 The Hands Up campaign intends to empower communities to get themselves involved by sharing and creating widespread awareness through the symbolism of the campaign’s motif, which is two-hands up if you have not vaccinated your child, and one hand up if you have. Through these efforts, the hope is that more voices will come together to call for the inclusion of pneumococcal vaccine in the NIP by Ministry of Health and the government. This is so that everyone can get the same for their child, and puts the nation one-step forwards towards accomplishing what was originally set out as part of Malaysia’s Sustainable Development Goals[8] .

The launch also saw the participation of Malaysian actress, singer and a mother to a new born, Jaclyn Victor, who said: “I hope that this campaign will shed light on the importance of seeking prevention against PnD for all children in Malaysia. As a mother of two children, I will go the distance to protect them from any harm. As I learnt more about the risks of diseases such as this – pneumococcal, my first instinct as a mother is to consult my doctor on how do I protect my children. There is so much we as parents can do to protect our loved ones but sometimes there’s also the lack of awareness and support that hinder the parents from protecting their children. I hope that more parents, regardless of income and social classes, will put their hands up to show awareness to this campaign, and really drive it for those who have no platform to speak.” 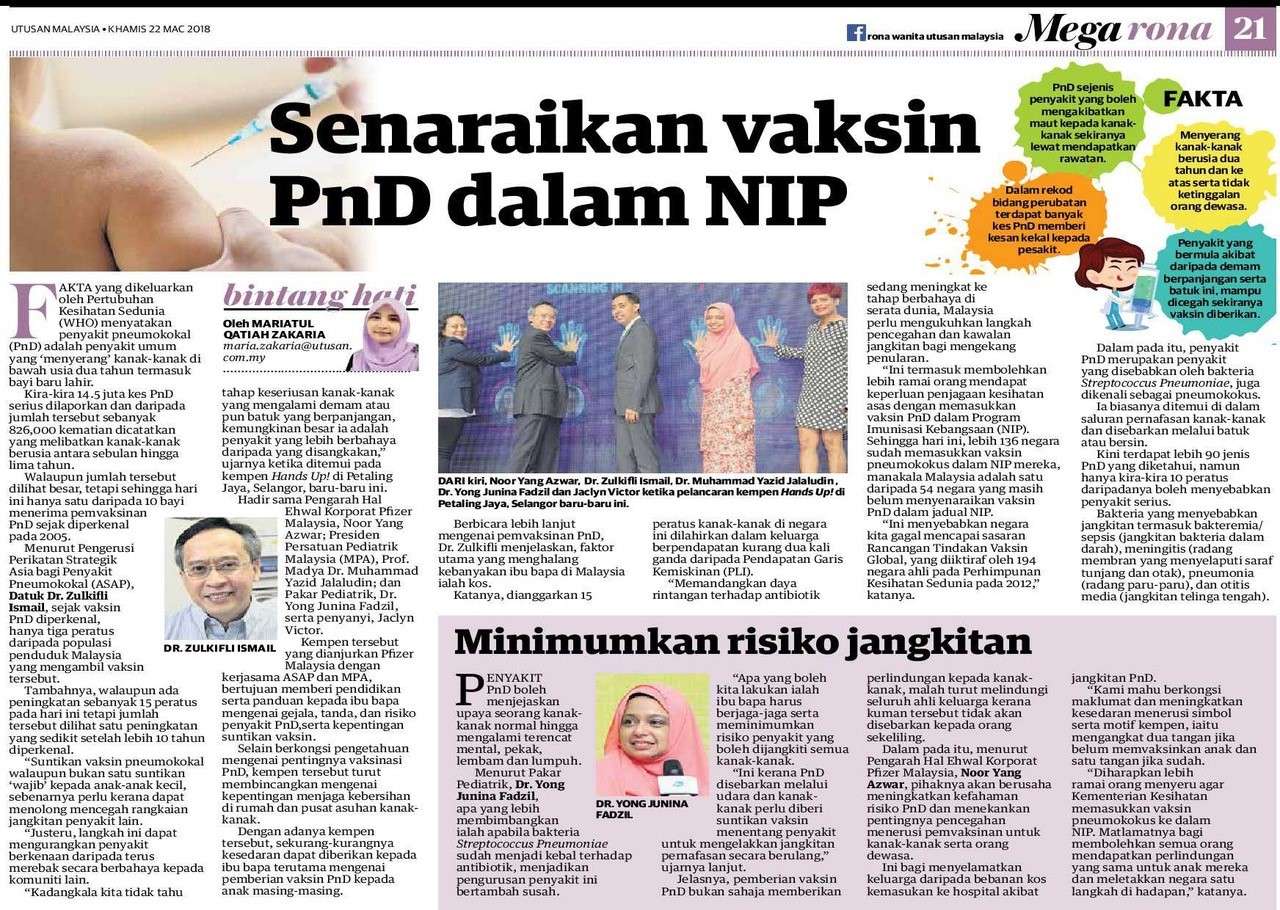 Consensus Guidelines on Screening, Diagnosis and Management of Congenital Hypothyroidism in Malaysia
December 4, 2021