Even one polio case is an outbreak 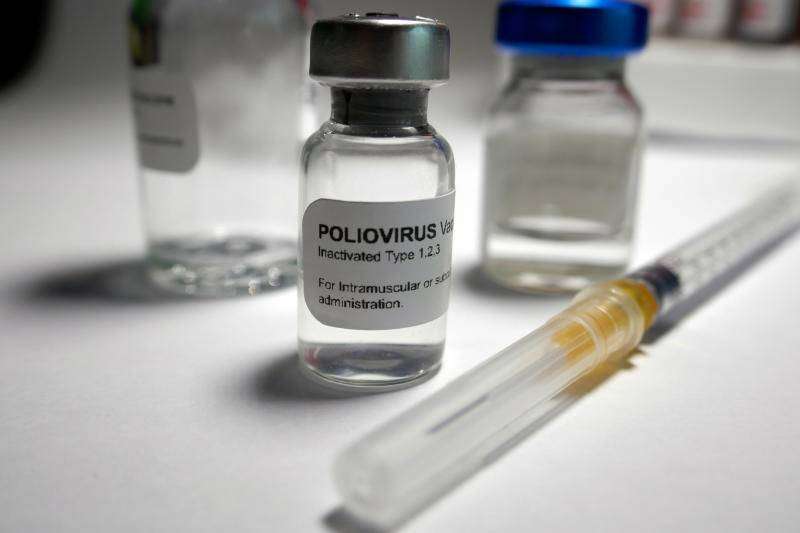 The three-month-old infant from Tuaran, Sabah who contracted polio was under-immunised with polio vaccine and was thus not protected, says consultant paediatrician and clinical immunologist Datuk Dr Musa Mohd Nordin.

According to the Malaysian National Immunisation Schedule, infants are to receive the inactivated polio vaccine (IPV) at ages two months, three months and five months. A booster shot also needs to be administered when the child is 18-months-old in order to be fully protected.

However, the infected infant had only received the first dose of polio immunisation, making him under immunised, said Dr Musa.

A statement by the Health Ministry on Sunday (Dec 8) revealed that the baby was admitted to the intensive care unit of a hospital there before being diagnosed with vaccine-derived poliovirus type 1 (VDPV1) on Friday (Dec 6).

“I suspect he acquired the VDPV1 from the environment via contaminated water or food or because of poor sanitation. (The virus was) most probably imported from the Philippines since the genetic lineage of the VDPV1 was similar to the one found during the outbreak in that country,” he told Bernama in an email interview.

This is the first polio case in the country in 27 years.

Health Minister Datuk Seri Dr Dzulkefly Ahmad on Monday said that the infant was already ill when he received the second dosage of the polio vaccine, which was supposed to have an immunisation rate of between 60 to 80 per cent.

“The first dosage has about 30 to 40 per cent immunity against the virus,” he said.

WHAT IS VACCINE-DERIVED POLIO?

Vaccine-derived polio is related to the use of the oral polio vaccine (OPV). According to WHO, OPV contains a weakened vaccine-virus that activates an immune response in the body. When a child is immunised with OPV, the weakened vaccine-virus replicates in the intestine for a limited period, thereby developing immunity by building up antibodies. During this time, the vaccine-virus is also excreted.

The WHO website explains: “In areas of inadequate sanitation, this excreted vaccine-virus can spread in the immediate community before eventually dying out. However, if a population is seriously under-immunised, an excreted vaccine-virus can continue to circulate for an extended period of time. The longer it is allowed to survive, the more genetic changes it undergoes. In very rare instances, the vaccine-virus can genetically change into a form that can paralyse – this is what is known as a circulating vaccine-derived poliovirus (cVDPV).”

The IPV, on the other hand, does not contain live virus, so people who receive this vaccine do not shed the virus or infect others. The vaccine also cannot cause disease.

Given the risks associated with the administration of OPV, why do some countries still use it?

“OPV is cheap, easy to administer and excellent at both protecting the individual and the community,” said Dr Musa.

“The downside is that it is excreted in the stool and survives for six weeks in the environment. This live-attenuated (weakened) vaccine poliovirus may mutate and regain its neuro-virulence and infect the unimmunised child.

“Since 2000, 10 billion doses of OPV have been used worldwide, preventing 13 million polio cases. Only less than 750 cases of VDPV have been reported,” he revealed.

Malaysia has also been administering the OPV up until 2008 when it started using the IPV.

“Part of the endgame strategy of polio eradication is to shift from OPV to IPV to reduce the risk of VDPV and vaccine-associated paralytic poliomyelitis to zero,” said Dr Musa.

Dr Musa said that at least 95 per cent of the community need to be immunised against polio in order to be protected from the crippling disease.

“The IPV as part of the five-in-one combination (shots) provided by the Health Ministry is an excellent vaccine. Apart from polio, it also protects from diphtheria, pertussis, tetanus and haemophilus influenza B,” he said.

Although the uptake of the third dose of the polio vaccine in Malaysia is in excess of 95 per cent, said Dr Musa, there are still pockets of communities where the coverage is low due to either refusal of the vaccine or the failure to access these groups, which include migrants or the stateless.

Health director-general Datuk Dr Noor Hisham Abdullah on Sunday said that as of Dec 5, investigations into polio-infected children living in Sabah had found that 23 out of 199 children (11.6 per cent), aged between two months and 15 years, had not received the polio vaccine.

He said that environmental monitoring in high-risk areas such as settlements of foreign nationals from countries with polio should be expanded while ensuring that polio immunisation coverage exceeds 95 per cent in all localities in Malaysia at all times.

For the state of Sabah, which is closest to the Philippines, high immunisation coverage is essential to protect children from polio infection, said Dr Noor Hisham.

In July, the Philippines’ Ambassador to Malaysia Charles C. Jose told a local English daily that there were between 400,000 and 500,000 illegal Filipino workers in Sabah.

Meanwhile, Dr Musa said that just a single case of polio was indicative of the severity of the situation.

“Even one case of polio equals an epidemic. A comprehensive outbreak response must be undertaken to immunise and protect the community to prevent the spread.

“There is no cure for polio but there is an effective and safe vaccine to prevent it.”- Bernama