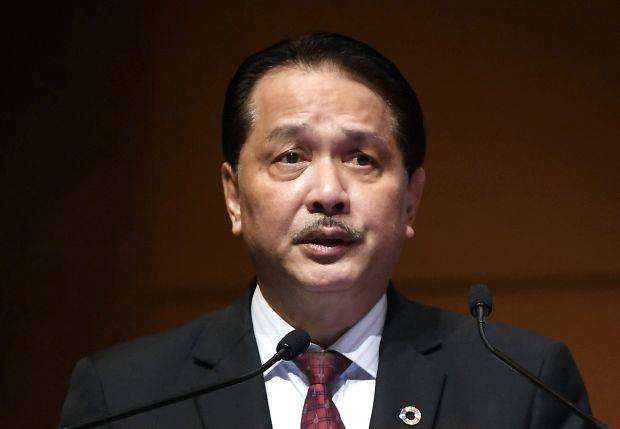 All children under five in Sabah will be given an additional immunisation – which will be made in stages – to ensure the proliferation of the polio virus can be stopped.

“A methodical plan is being drawn up and the additional immunisation will be implemented as soon as possible, ’’ said Health director-general Datuk Dr Noor Hisham Abdullah in a statement.

Currently, he said immunisation for children who had missed the procedure in the area where a polio case was confirmed and its surrounding areas had been implemented to ensure the polio immunisation coverage was boosted.

Until Dec 14, a total of 59 children – from two months to 15 years – in the areas which had been overlooked for immunisation, had been given the polio vaccine.

All the children involved were non-citizens, said Dr Noor Hisham.

On Dec 8, a three-month-old baby in Tuaran, Sabah, was infected by the polio virus, the first case after 27 years. Malaysia was declared free of the disease in 1992.

Dr Noor Hisham said infectious diseases like polio were borderless and the best way to prevent them was through immunisation.

“As such, parents are urged to ensure children who have missed immunisation are taken to the nearest health clinics.

“A rescheduling of immunisation for children who have been overlooked will be done depending on suitability, ’’ he said.

He added the Health Ministry (MOH) too would contact the World Health Organisation (WHO) directly to obtain the latest information on the global polio situation.

MOH is also refining cooperation with the United Nations Children’s Fund (Unicef) to obtain vaccine supplies at a low cost (subsidised by Unicef) for a programme to immunise non-citizens in Sabah.

The giving of the vaccine would be implemented through selected non-government organisations.

He said the activities to detect Acute Flaccid Paralysis (AFP) cases, which showed a symptom akin to poliomyelitis, (namely, a proxy to poliomyelitis) in the area of residence of the baby concerned, were now being widened to nearby and high-risk areas.

A total 1,553 people had been inspected and none of them had AFP symptoms, he said, adding that samples of faeces from 20 close contacts of the baby had been taken for laboratory tests. — Bernama