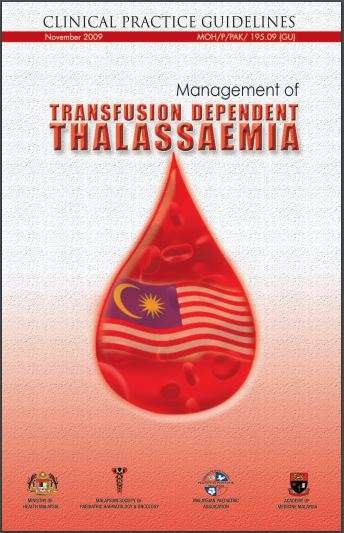 The thalassaemias are a heterogeneous group of genetic disorders with defective synthesis of one or more globin chains. In Malaysia, the most common types are the α and β thalassaemias. The β thalassaemias together with its heterozygous interaction with HbE disease constitute the bulk of the patients’ load.

The most recent data from the Malaysian Thalassaemia Registry (2009, August) showed a total of 4,541 registered patients of which 3,310 consist of the transfusion dependent β thalassaemia major and HbE β thalassaemia patients. The thalassaemia intermedias accounted for 455 patients while HbH disease affected 410 individuals and the other subtypes made up the rest.1

The East Malaysian state of Sabah had the most number of registered patients standing at 1,272 with the Kadazan-Dusun ethnic group contributing almost half of these affected individuals. The neighbouring state of Sarawak however only registered 133 patients with incidentally no indigenous thalassaemic Ibans. The peninsular states showed a distribution pattern that followed the population density but with a distinct pattern of HbE β thalassaemia being more pronounced in the northern states bordering Thailand.1

The National Thalassaemia Prevention and Control Programme gained the Malaysian Cabinet approval in the late 2004. In early 2005, budget was made available to acquire infusion pumps and provide iron chelation therapy nationwide. This national programme comprises of four major activities namely: