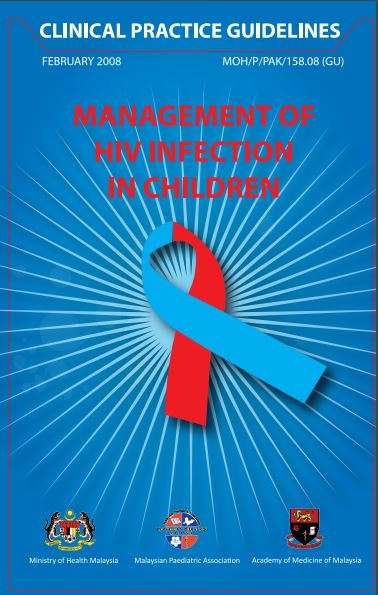 By the end of 2006 there were estimated 2.3 million children globally below 15 years of age living with HIV with an estimated half a million new infections occurring in children for the year 2006.1 In addition, of the estimated 10 000 new infections that occurred daily worldwide among adults in 2006, 50% were among women.

The vast majority of paediatric HIV infections are acquired vertically. Estimates from studies of prevention of mother-to-child transmission (PMTCT) suggest that in non-breastfeeding populations, about 50% of all HIV infections occur in the days before delivery and during labour and another third occur during late labour and actual passage through the birth canal.

Malaysia introduced antenatal counselling and testing for HIV in 1998 and utilized the Paediatric AIDS Clinical Trials Group (PACTG) 076 protocol for its PMTCT programme. From its introduction to the end of 2006, almost 3 million pregnant women were screened, representing 99.5% coverage of all recorded pregnancies. The prevalence of HIV-1 infection among pregnant women has remained an average of 0.036% over this time with an estimated average perinatal transmission rate of 3.7% (median 3.95%)2.

In developed countries, the number of children of HIV positive mothers newly infected with HIV has decreased dramatically with a perinatal transmission rate of <1% – a result of antiretroviral (ARV) prophylaxis and the use of highly active antiretroviral therapy (HAART) for pregnant HIV infected mothers, the selection of lower risk delivery practices, neonatal ARV prophylaxis, and lower risk approaches to infant feeding.

Although studies and advances in the management of HIV infection among children and adolescents have lagged behind those in adults, there have been substantial advances in the diagnosis, evaluation, treatment and monitoring of children exposed to and infected with HIV-1.