(1)        The Association shall be known as Persatuan Pediatrik Malaysia (Malaysian Paediatric Association).

Its registered address and place of meeting shall be at 3rd Floor (Annexe Block)  National Cancer Building, 66, Jalan Raja Muda Abdul Aziz, 50300 Kuala Lumpur/or at such other place or places as may from time to time be decided by the Committee. The registered address and place of meeting of the Association shall not be changed without the prior approval of the Registrar of Societies.

The aims and objects of the Association shall be:

(1)        To advance the knowledge and practice of paediatrics.

(3)        To promote research in Malaysia in the field of paediatrics and child health.

(4)        To bring together periodically medical practitioners for scientific discussion and practical demonstration on paediatric subjects.

(5)        To acquire, establish, print and publish books, magazines, periodicals, leaflets or other literary or scientific works that the Association may think desirable for the promotion of its objects with the approval of the authorities concerned.

(6)        To do all such acts and things incidental or subsidiary to all or any of the above objects.

1)         No restriction will be placed on numbers, age limits, sex, religion, race, nationality, dwelling place, clan or surname of persons who may be admitted to membership of the society.

2)         No university students may be accepted as a member without the prior written Approval of the Vice-Chancellor concerned.

3)         Any person or persons shall qualify as a member or members of the Association under the following categories of memberships :-

Distinguished persons who have rendered notable service to the ASSOCIATION or to the advancement of paediatrics in Malaysia may on the recommendation of the Executive Committee be elected Honorary Members by a majority at a General Meeting.

Application for ordinary membership which is open to all legally qualified medical practitioners registered in Malaysia shall be made in writing to the Hon. Secretary who shall keep a register of members.

Every applicant whose application has been approved by the Executive Committee shall upon payment of the annual subscription be admitted as a member of the society and shall be entitled to all the privileges of full membership.

Application for Associate Membership is open to all persons, other than Doctors, who are engaged in the field of child health and shll be made in writing to the Hon. Secretary. Every applicant whose application has been approved by the Executive Committee shall upon payment of the annual subscription fee be admitted as an Associate Member and shall be entitled to the following rights and privileges:

He shall be invited to express the views of Associate Members on matters affecting their interest.

Neither the representative nor any Associate Member shall have any voting rights or power to hold office.

Application for life membership is open to any applicant who is eligible to become an ordinary member and who pays once in a lifetime subscription of RM1,000.00.

A life member is entitled to all the privileges of an ordinary member once his application has been approved by the Executive Committee and he has paid his subscription.

The subscription payable shall be as follows:

(1)        Honorary members are exempted from paying subscriptions and shall enjoy all the privileges of ordinary members except voting at meetings or holding office.

(5)        All Annual Subscriptions shall be payable to the Treasurer in advance within the first seven days of January in each year.

(6)        Members admitted during the second half of the year shall pay half the Annual Subscriptions for the current year.

(7)        Any member who allows his arrears to exceed two years subscriptions shall receive a written notification by or on behalf of the Secretary and shall be denied the privilege of membership until he settles his account.

(8)        Any member who allows his arrears to exceed three years’ subscriptions shall automatically cease to be a member of the Association.

(1)        The supreme Authority of the Association is vested in a general meeting of the members. At least one-half of the total ordinary membership of the Association or twice the total number of committee members whichever is less must be present at an Annual General Meeting for its proceedings to be valid and to constitute a quorum.

(a)        To receive the Committee Report of the working of the Association during the previous year.

(b)        To receive the Treasurer’s report and the audited accounts of the Association for the previous year.

(c)        To elect a committee and to appoint auditors for the ensuing year.

(ii)         A preliminary notice of the Annual General Meeting stating the date, the time and the   place, and calling for motions for discussion, motions for amendment of the Rules and Nominations for the Election of the Committee shall be sent by the Secretary to all members not later than thirty days before the date fixed for the meeting, and this notice shall also be prominently displayed at the Registered Address or place or place meeting of the Association.

(4)        The Secretary shall send to all members at least 14 days before the meeting an Agenda including copies or minutes and reports, motions and nominations for the elections of officers, together with the Audited Accounts of the Association for the previous year. Copies of these documents will also be made available at the registered address or place of meeting of the Association for the perusal of members.

(5)        An extraordinary General Meeting requisitioned by members shall be convened:-

(b)        To receive the Treasurer’s report and the audited accounts of the Association for the previous year.

(c)        To elect a committee and to appoint auditors for the ensuing year.

(6)        An extraordinary General Meeting requisitioned by members shall be convened for a date within thirty days of the receipt of such requisition.

(7)        Notice and Agenda for an extraordinary General Meeting shall be forwarded by the Secretary to all members at least fifteen days before the date fixed for the meeting.

(9)        The Secretary shall forward to all members a copy of the draft minute of each annual and extraordinary General Meeting as soon as possible after its conclusion.

(1)        A Committee consisting of the following, who shall be termed office-bearers of the Association shall be elected at the Annual General Meeting.

(2)        Names for the above officers shall be proposed and seconded and election will be by a simple majority vote of the members at the Annual General Meeting. All the office-bearers shall be elected for a period of one year and shall hold office until their successors have been appointed.

Nominations for the election of officers and motions for discussion at the General Meeting may be sent to reach the Secretary not later than 10 days after the receipt of the preliminary notice.

(4)        The Committee shall meet at least once in three months and 14 days notice of each meeting shall be given to the members. The President acting alone or not less than three of its members acting together may call for a meeting of the Committee to be held at any time. At least one half of the Committee members must be present for its proceedings to be valid and to constitute a Quorum.

(5)        Where any urgent matter requiring the approval of the Committee arises and it is not possible to convene a meeting, the Secretary may obtain such approval by means of a circular letter. The following conditions must be fulfilled before a decision of the Committee is deemed to have been obtained:

(a)        The issue must be clearly set out in the circular and forwarded to all members of the committee;

(b)        At least one half of the members of the Committee must indicate whether they are in favour or against the proposal, and

Any decision obtained by circular letter shall be reported by the Secretary to the next Committee Meeting and recorded in the minutes thereof.

(7)        The Committee shall have the power to co-opt any other eligible member of the Association to fill the vacancy created by resignation or death of a Committee Member until the next Annual General Meeting.

(8)        Between Annual General Meetings the Committee shall interpret the RULES of the Association and when necessary, determine any point on which the RULES are silent.

(9)        Except where they are contrary to or inconsistent with the policy  previously laid down by the General Meeting the decisions of the Committee shall be binding on all members of the Association unless and until countermanded by a resolution of a General Meeting.

(1)        The President shall during his term of office preside at all General Meetings and all meetings of the Committee and shall be responsible for the proper conduct of all such meetings. He shall have the casting vote in addition to his own, and shall sign the minutes of each meeting at the time they are approved.

(2)        The Vice President shall deputise for the President during the latter’s absence.

(3)        The Secretary shall conduct the business of the Association in accordance with its Rules, and shall carry out the instructions of the General Meeting and of the Committee. He shall be responsible for conducting all correspondence and keeping all books including a membership register, documents and papers except the accounts and financial records. He shall attend all meetings, and record the proceedings.

(4)        The Assistant Secretary shall assist the Secretary in carrying out his duties and shall act for him in his absence.

(6)        All the ordinary Committee members and any other members who maybe co-opted by the Committee from time to time shall fully offer their co-operation in the efficient running of the Association and its activities at all times.

(1)        Subject to the following provisions in this Rule, the funds of the Association may be expended for any purpose necessary for the carrying out of its objects, including the expenses of its administration, the payment of salaries, allowances and expenses to its office-bearers and paid staff, and the audit of its accounts, but they shall on no account be used to pay the fine of any member who may be convicted in a court of law.

(2)        The Treasurer may hold a petty cash advance not exceeding RM100.00 (Malaysian Ringgit) at any one time. All money in excess of the sum shall within seven days of receipt be deposited in a bank approved by the Committee. The bank account shall be in the name of the Association.

(3)        All cheques or withdrawal notices of the Association’s account shall be signed two of the following: President or his Deputy, Honorary Secretary or his Deputy and the Treasurer.

(5)        As soon as possible after the end of each financial year, a statement of receipts and payments and a balance sheet for the year shall be prepared and audited by the Auditor/Auditors appointed. The audited accounts shall be submitted for the approval of the next General Meeting, and copies shall be made available at the registered address or place of meeting of the Association for the perusal of members.

(6)        The financial year of the Association shall commence on 1st January of each year.

(1)        One of more persons, who shall not be office-bearers of the Association shall be appointed by the Annual General Meeting as Honorary auditors. They shall hold office for one year only and shall not be re-appointed.

(2)        The Association shall not hold any lottery, whether confined to its members or not, in the name of the Association or its office-bearers, committee or members.

(1)        The Association shall not be dissolved except with the consent of not less than three-fifths of the voting membership of the Association present in person at a General Meeting.

(2)        In the event of the Association being dissolved as provided above, all debts and liabilities legally incurred on behalf of the Association shall be fully discharged and the remaining funds will be presented to any society or organization dealing with the welfare of children approved at the convened General Meeting for the purpose of the dissolution.

(3)        Notice of the dissolution shall be given to the Registrar of Societies within 14 days of such dissolution. 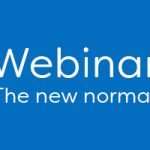 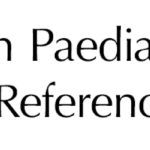