Compulsory vaccination for newborns being considered 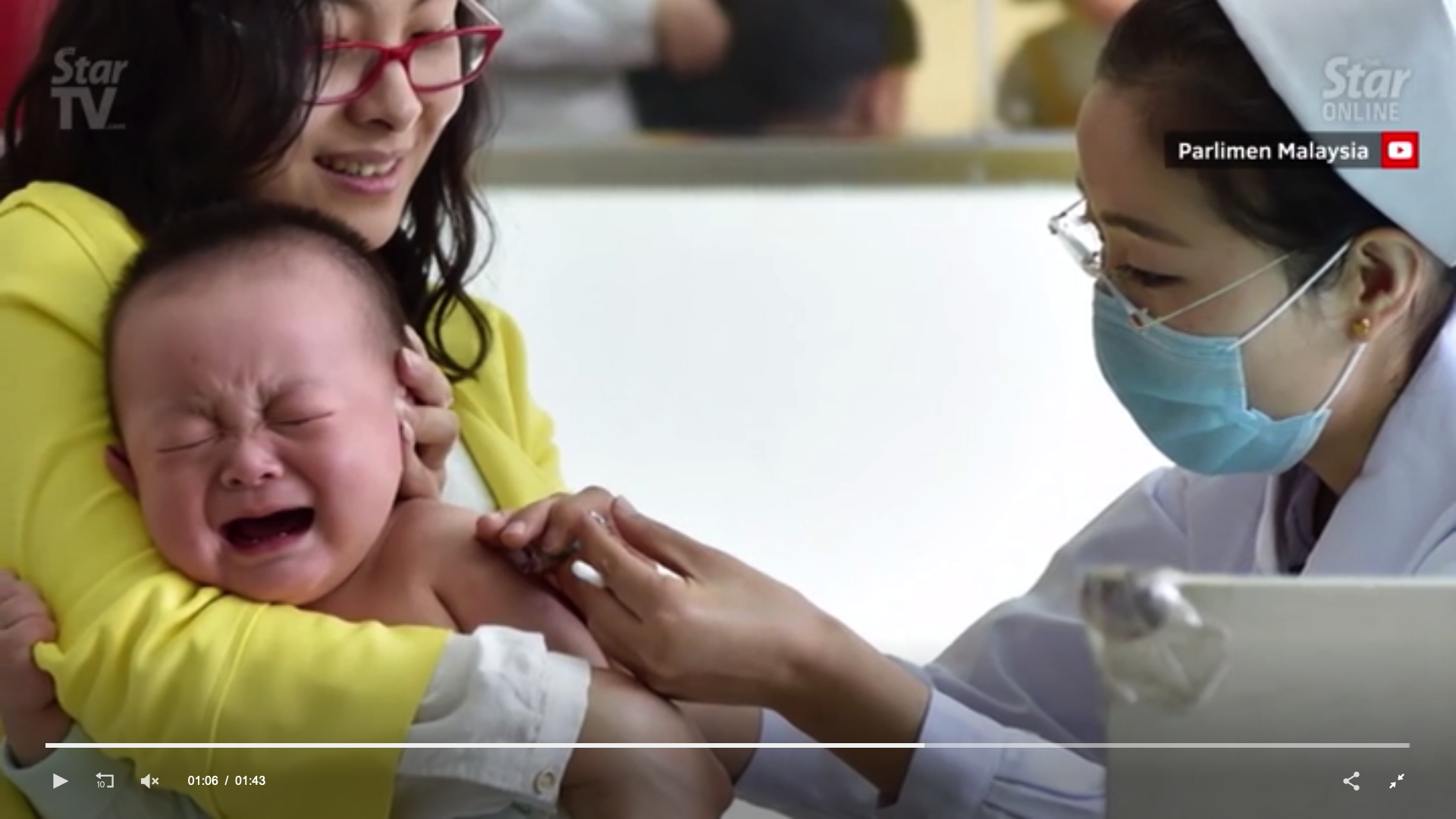 THE Health Ministry is considering making vaccination for newborns compulsory following the return of preventable diseases such as tuberculosis (TB).

Minister Datuk Seri Dr Dzulkefly Ahmad said the government was considering the move due to the increasing number of parents rejecting immunisation and the spread of TB among foreign workers in Malaysia.

“In general, vaccines can prevent diseases such as TB, which is making a comeback, particularly because lately there are some vaccine-hesitant groups.

“It is critical that we look into this. Although it is now not compulsory, we are considering if we should finally make the National Immunisation Programme compulsory,” he said in reply to a supplementary question from Datuk Johari Abdul (PH-Sungai Petani) during Question Time.

Johari had asked the ministry if the BCG injections, which were given to prevent TB, would be made compulsory for all newborns.

To the initial question, Dr Dzulkefly said the ministry would conduct health screening to ensure all foreign workers in the country were healthy and to prevent any infectious diseases.

“Since 2006, health screening is made a month before their arrival,” he said.

He added that certain communicable diseases such as TB and HIV had an incubation period and the foreign workers’ medical examination checks could have missed some of the infected workers as their results turned out to be false negatives.

“Employers whose foreign workers have been identified as unsuitable for work after failing their health checks are required to send them back home,” he said.

Article reproduced from The Star
October 2, 2019

Mental disorders among the young on the rise
September 25, 2022