All young children in Sabah to be given extra polio immunisation 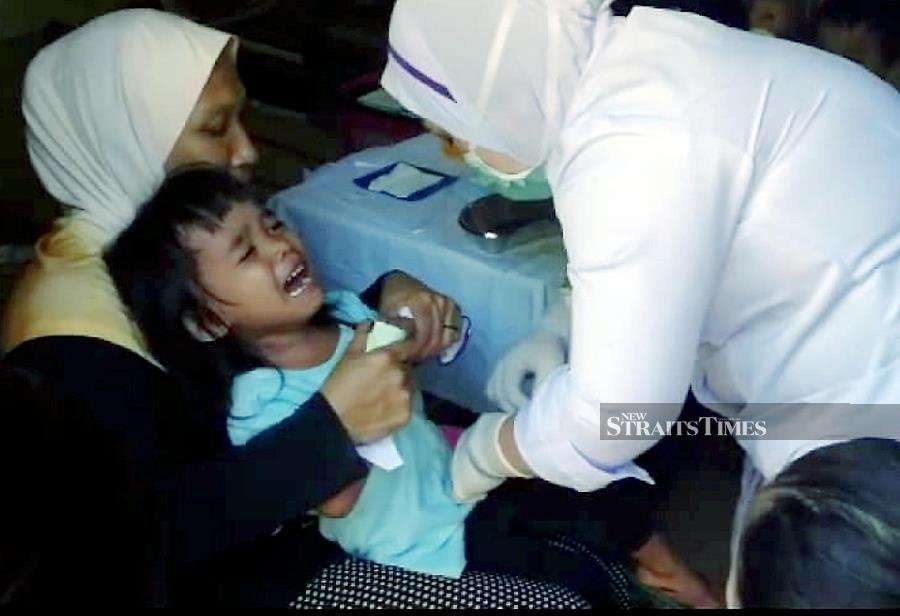 All children aged 5 and below in Sabah will receive additional immunisation to prevent the spread of the polio virus which emerged in the state, recently.

Health director-general Datuk Dr Noor Hisham Abdullah said that a thorough plan is being implemented to carry out the mass immunisation in stages, as soon as possible.

He said health authorities have for now implemented an additional vaccination exercise for children who discontinued their immunisation regimen, especially those living near the outbreak area.

Dr Noor Hisham said that as of Dec 14, 2019, a total of 59 children in the affected area, aged between 2 months and 15 years, who had dropped out of their immunisation exercise, have been given the polio vaccine.

“All who were involved (in the vaccination exercise) were non-citizens,” he said.

On Dec 8, reports emerged that a 3-month-old Malaysian male infant from Tuaran, Sabah was infected with the polio virus.

It was Malaysia’s first such case in 27 years, after it was declared free of the dreaded disease.

“The toddler is still being treated at the hospital’s isolation room. (He) is in stable condition and is being provided with a breathing aid.

“Since the polio case was detected, till now, no new case has been detected,” he said.

put in place include the detection of Acute Flaccid Paralysis (AFP), which shows symptoms of poliomyelitis, in high-risk areas.

“Checks had been conducted on 1,553 individuals and none has shown symptoms involving AFP,” he said.

Dr Noor Hisham also said health authorities had taken faeces samples from 20 individuals whom the toddler had come in contact with.

“Laboratory tests are in the midst of being conducted and we are waiting for the results,” he said, adding that six environment samples were taken from areas near where the polio virus was detected. This included collecting samples of sewage water at six selected Sabah sewage treatment plants.

“To date, no detection has been made of wild polio virus or vaccine-derived poliovirus (VDPV) in the environment,” Dr Noor Noor Hisham said.

He said that other steps taken to the prevent the disease’s spread include enhancing an educational campaign on polio, including through social media, individual education, the distribution of educational material, ceramah and other measures.

He said all health facilities have also been directed to monitor AFP cases and instructed to conduct polio virus tests.

Dr Noor Hisham said that the Health Ministry (MoH) is also in contact with the World Health Organisation (WHO) to get the latest on the polio situation globally.

“A collaboration with the United Nations Children’s Fund (Unicef) is also being refined to obtain vaccine supplies at a low cost (subsidised by Unicef) for an immunisation programme for non-citizen children in Sabah. The vaccination programme will be carried out in cooperation with selected non-governmental organisations,” he added.

In addition, he said that the Health Ministry will also strengthen bilateral cooperation with the Philippines, including through an immunisation programme for the republic’s child citizens in Sabah.

“The MOH would like to emphasise that the best way to prevent the polio disease is through immunisation. Infectious diseases like polio do not recognise boundaries,” he said.